A project of encounter and improvising dances and notes on the piano. Choreographer/dancer Giorgio Rossi and pianist Livio Minafra share improvisations as if they were treasure chests. Micro stories composed of gestures and notes.

A spirit reminiscent of the freedom of a certain kind of avant – garde jazz often prone to encounters with dance. Dance that, for its part, aims to be free from all kinds of styles and forms.

The improvisation aims to become a unique organism that plays and moves as a whole. An experience that intends to lead the public into an imaginative dimension between crystalline glares and delicate sounds of water, sparkling notes and fawn dances, free and sublime movements and resonances.

“Agate is formed by rhythmic deposition of silica, normally within amygdalar cavities of basaltic rocks, or agatized woods” 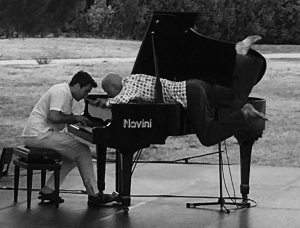 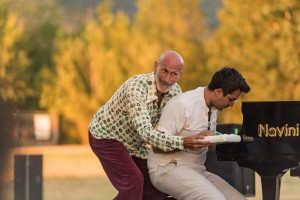 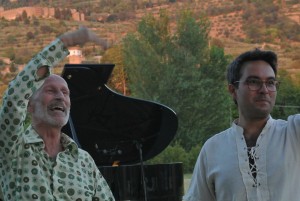 No concert at the moment
Questo sito utilizza i cookie. Clicca i pulsanti a fianco per accettare o per saperne di più e disabilitarli. Accetto Info