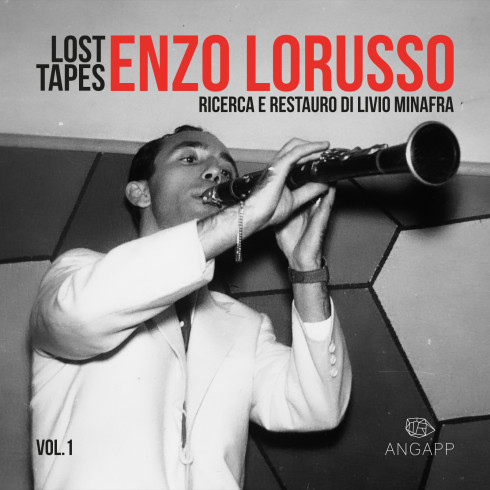 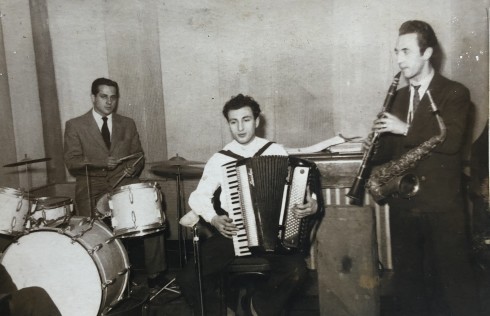 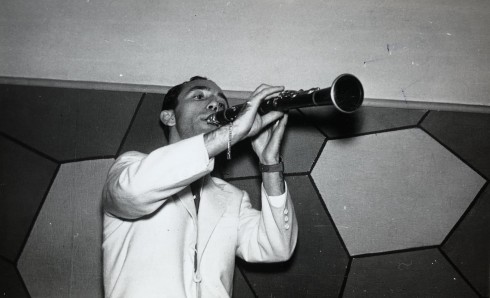 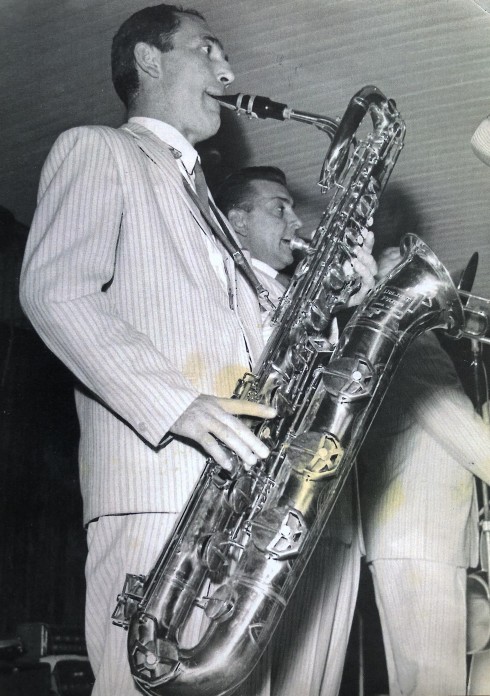 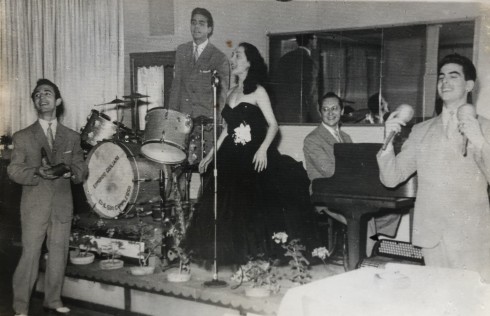 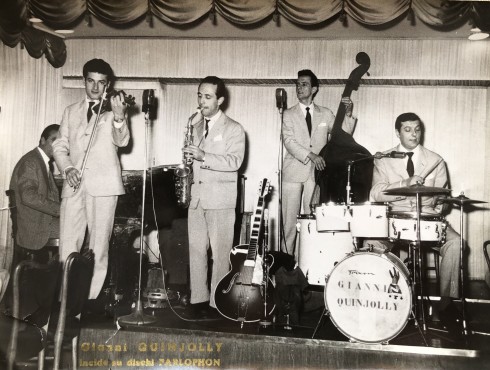 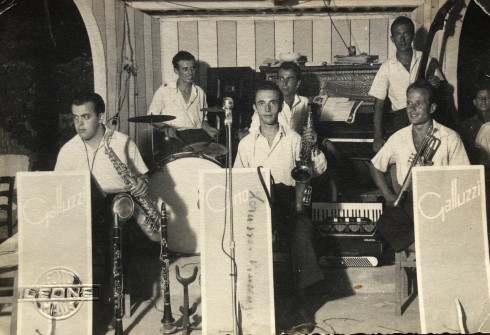 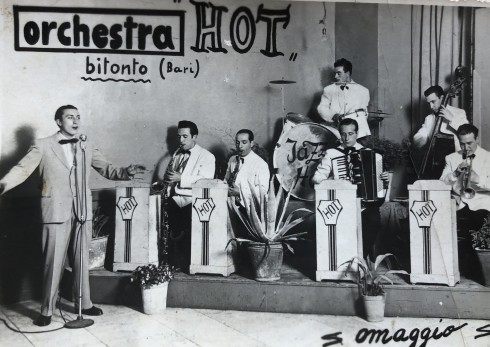 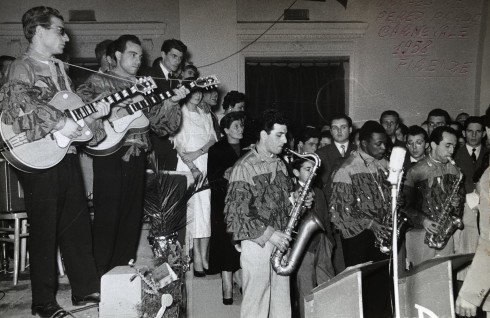 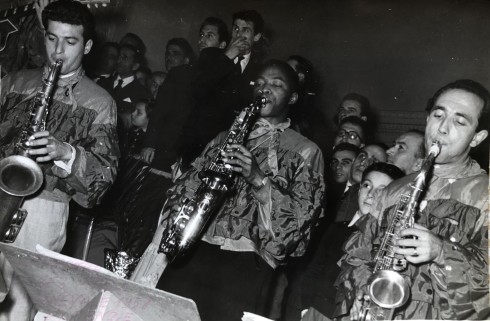 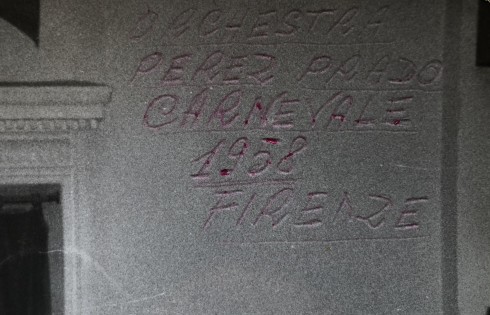 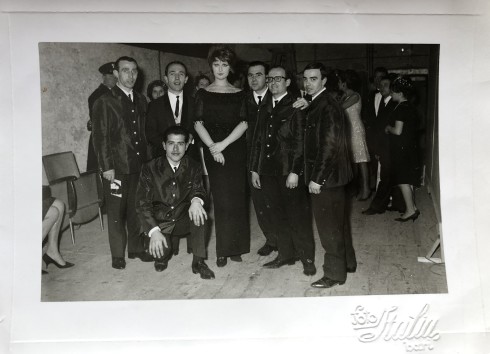 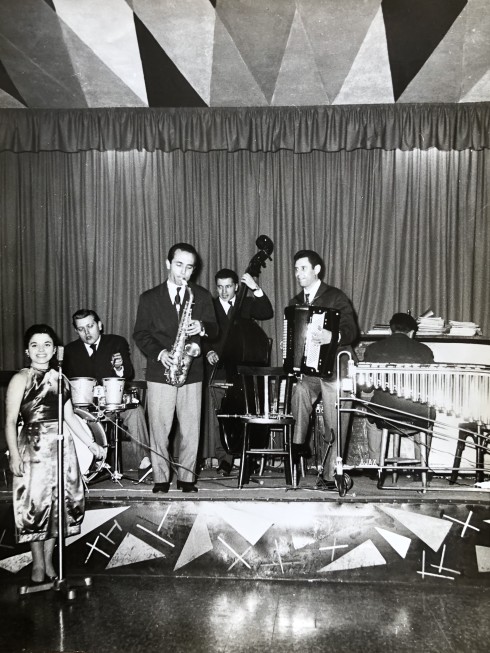 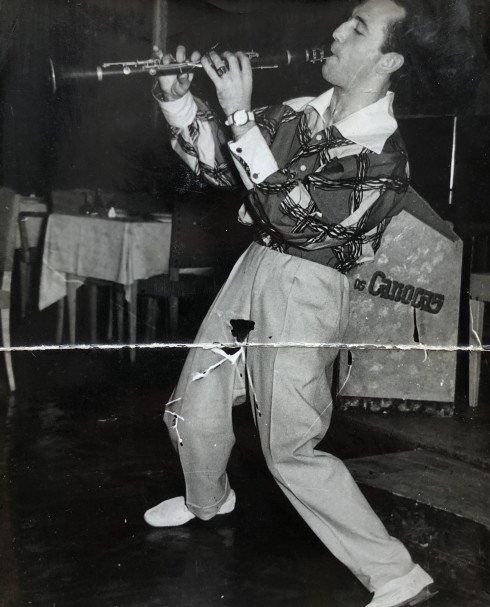 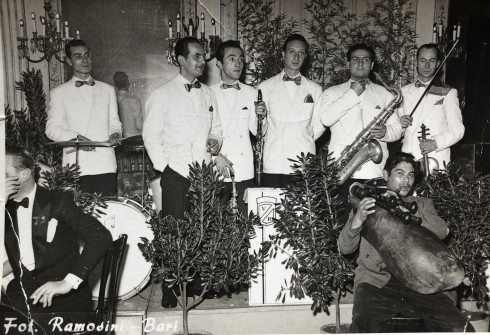 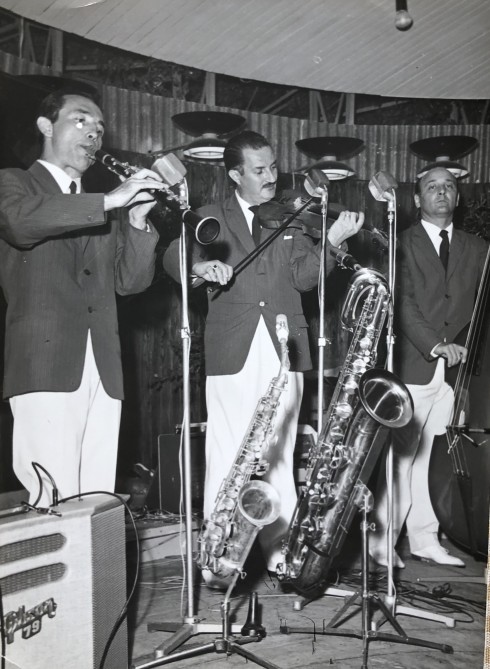 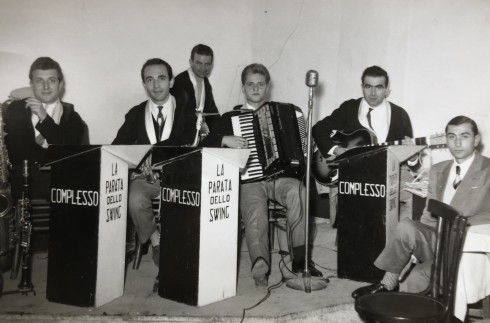 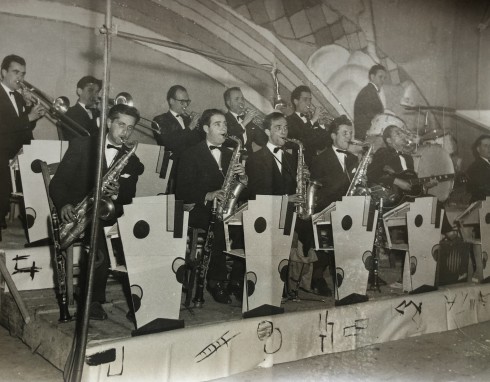 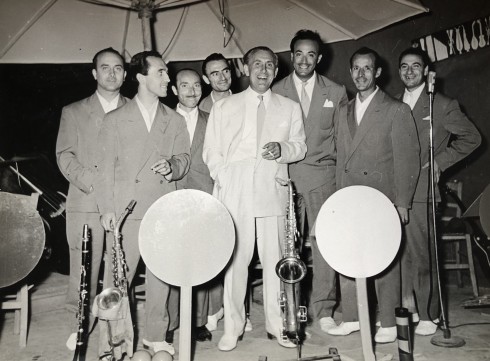 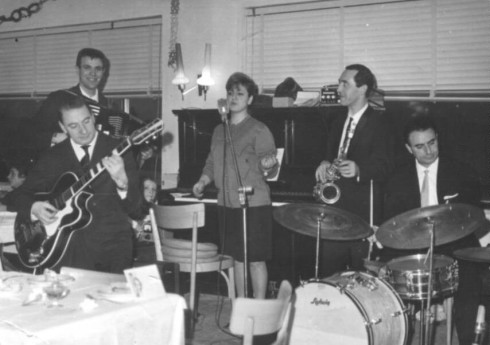 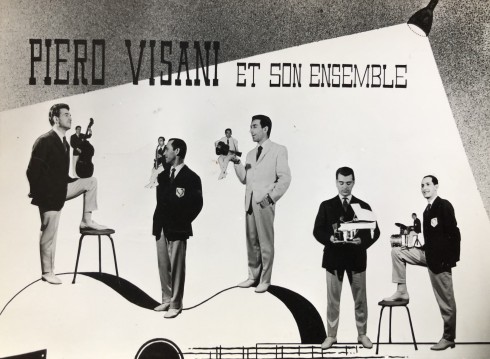 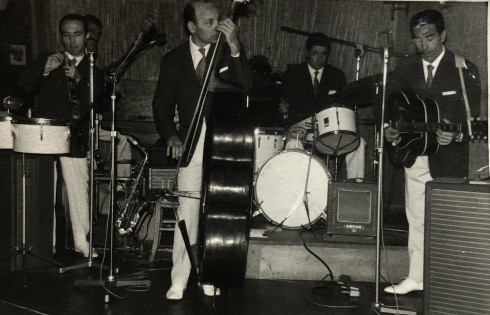 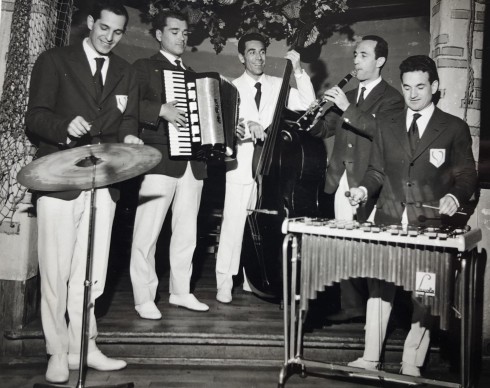 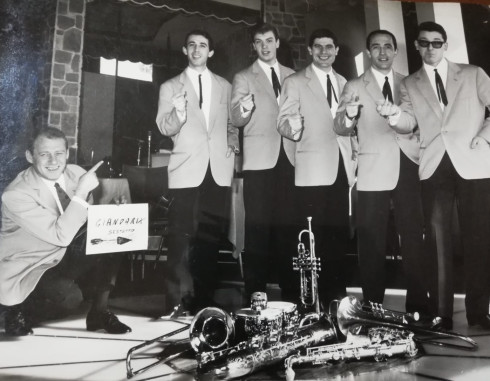 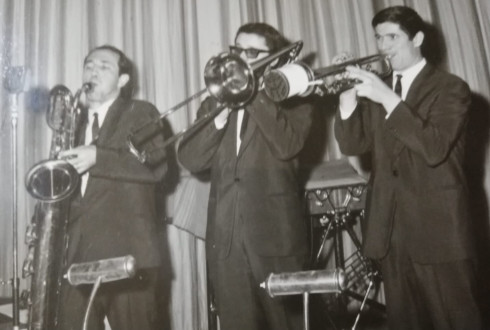 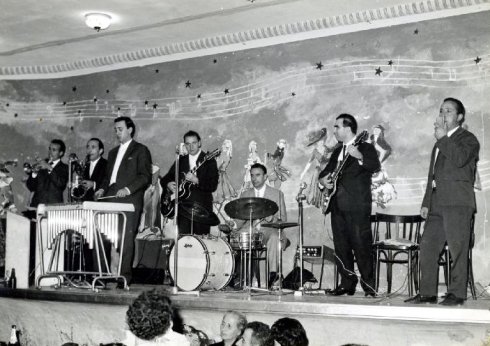 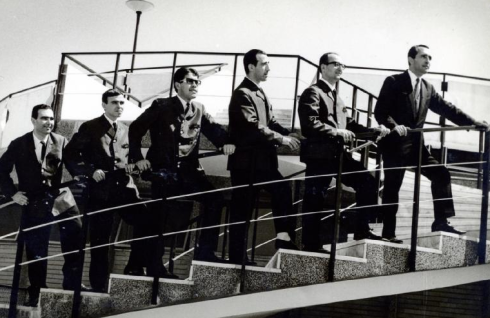 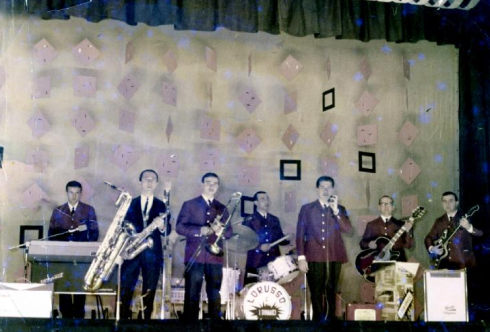 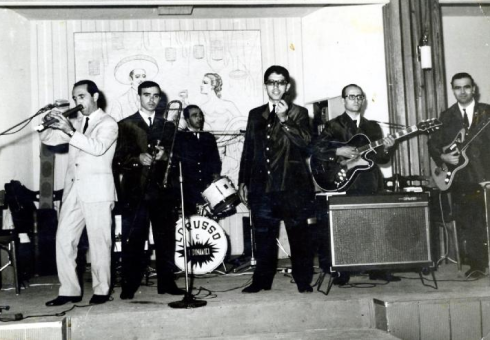 Vincenzo Lorusso was born in the historic center of Ruvo di Puglia on June 4, 1931 from a modest family. Grown up with the then masters Antonio and Alessandro Amenduni in the municipal School of Music, he immediately showed strong musical skills on the clarinet. In the immediate post-war period, he was ravished by jazz and probably influenced by his bandmate Santino Tedone, who played jazz from 1943 with Bruno Giannini just at the age of 15. Santino wanted to devote himself to the alto sax and the baritone sax. His model was Charlie Parker; however, the comparisons are varied. The trombonist Dino Blasi combines him to Paul Desmond, who writes to Lee Konitz while Rudy Migliardi talks about him like this: “Enzo’s style reminded me of Phil Woods style: tense and articulated sound”.

Requested soloist, he was able to travel around Italy and Europe together with Cosimo Di Ceglie, Peppino Principe, Fred Bongusto, Mina, Pippo Caruso, Victor Bach, Henghel Gualdi and many others, taking part in two Sanremo editions, including the 1960’one. He took part also on the Italian tour in 1957 and 1958 with Perez Prado, who wanted Enzo with him in America. Fate cut short his life on the night of 18 November 1966 at the age of 35 by an accident with his white Fiat 600 on the Molfetta-Bisceglie trunk road.

The first three tracks of the CD recorded by Peppino Valls from Bisceglie (Puglia) date back to 1952, and belong to the Mimì Laganara Orchestra. The fortuitous recording is carried out with a wire recorder in a theater during rehearsals and allows us to appreciate Lorusso on alto saxophone and clarinet, noting already the flowing improvisational style at the age of 21. Then follows “Um Bahiano a Paris” in a trio whose creation and date are unknown. This track makes us appreciate Lorusso on the clarinet in an entirely written choro; in this regard, Gabriele Mirabassi said of him: “Very good the clarinetist colleague !!!”.
Then the amused collaboration in Switzerland with the guitarist Piero Visani from Senigallia and the pianist Nanni Iannello from Messina; an immersion into true jazz that Enzo liked so much. Five songs played with quality and with the Mingus lively verve features.
Finally, the last few years, the young Lorusso retired to Puglia to devote himself more to his family, thus renouncing tours and engagements. It is said that Fred Bongusto during a concert in Foggia where Enzo was called to supply the first sax, did not want to greet him, despite the years of collaboration behind them. Lorusso then approaching Fred asked him what had happened and the response was not long in coming: “You committed a crime by leaving the music; you didn’t deserve to be greeted. ”
A real gem of this collection follows, or the only two jazz recordings with an unpublished Michele Marvulli who also improvises. How rare and beautiful are these recordings of the great pianist’s colourful past. We finish with “The sweetest sounds” track in which Lorusso with the same personnel gives us a wonderful phrasing to the baritone sax.
Finding lost and found tracks have been a difficult task but it is too important to proceed without it.

I thank Dino Saulle for the audio of the Mimì Laganara Orchestra. For all other recordings, I thank the elderly guitarists Tommaso Torchetti from Bisceglie and the drummer Nicola Di Gioia from Ruvo di Puglia.

Without them we would have had only photos, of which I still thank Nico and Franco Lorusso.

Enzo, now you can really rest in peace, indeed, with swing!